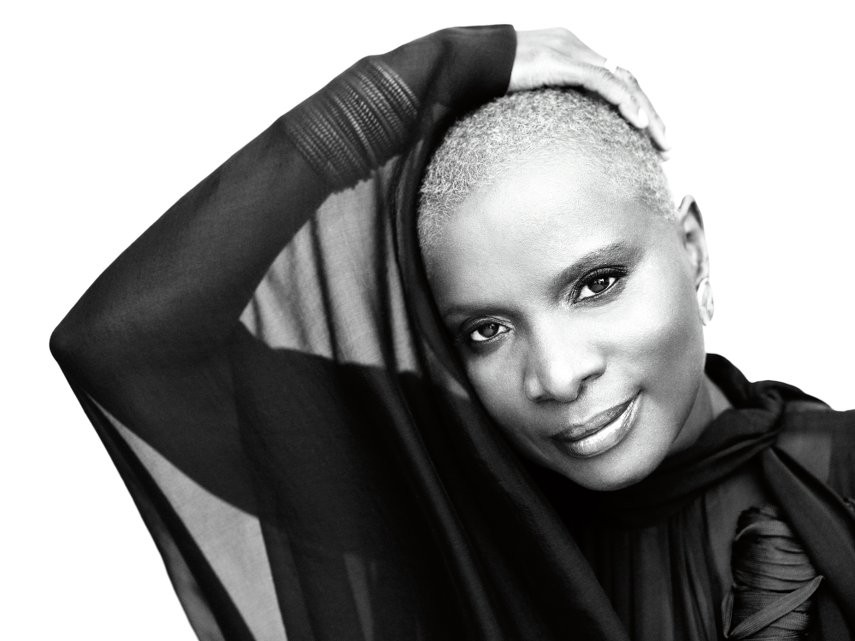 Angelique Kidjo won the Best World Music album for the second year in a row in 2016.

The award was a reward for her critically-acclaimed album titled Sing, in which the Benin-born, New York-based artist collaborated with the Orchestre Philharmonique du Luxembourg. The outcome is a fusion of African song meets European classical instrumentation.

Exploring the musical diaspora is not new to this incredible artist. It comes natural and essential to Kidjo. This latest musical endeavor is consistent to this beacon of African music in the 21st century.

“I want to dedicate this Grammy to all traditional musicians in Africa, in my country, to all the young generation”

“I want to dedicate this Grammy to all traditional musicians in Africa, in my country, to all the young generation,” says Angelique Kidjo who has won her second Grammy for the second year in a row.

This interview by writer Kerry Doole was published in WORD Mag over a decade ago. It shows the journey Angelique Kidjo has been on, which in part has been to explore connections through music. Enjoy!

It is highly fitting that songstress Angelique Kidjo now serves as a global ambassador for UNICEF. You see, she is a true internationalist, both as a person and an artist.

Born and raised in the tiny West African nation of Benin, Kidjo studied both jazz and law in Paris, and now splits her time between Brooklyn, Paris, and the international touring road. “I decided I was going to be either a human right lawyer or a musician,” she told WORD in a recent intervew. “Whatever I chose, I was going to devote my life to that, to try to bring everybody together more.”

We can be thankful she chose music over law. Now in her early ‘40s, Kidjo has established herself as one of world music’s most vibrant stars. In a career that now spans eight albums, Angelique has tackled an astonishing range of musical styles, from African to Brazilian, Caribbean to r ‘n b, funk and jazz.

Her superb new album, Oyaya!, sees Kidjo’s stylistic adventurousness take full flight. In this musically diverse yet coherent work, she takes the listener on a musical journey through the Caribbean. Styles and rhythms tackled include ska, salsa, calypso, meringue, mazurka, plena, and zouk.

Whereas some artists spend a whole career attempting to master one style, Kidjo somehow convincingly writes and sings in all these. The 13 tunes on Oyaya! (the word for joy in Yoruba, her native language) are all originals, penned jointly by Kidjo and husband Jean Hibrail and sung in French, English, Youruba and Fon.

Angelique laughs lustily when we point out the daunting nature of creating such an album. “Tell me about it! It is a hell of a lot of work, but I like to challenge myself. What kept me going was to find a rhythmic connection to a music form back in Africa.”

Oyaya! is the final part of a trilogy of albums in which Kidjo traces the slave-spread diaspora of African music. Oremi explored American blues and r ‘n b styles (she even covered Hendrix’s “Voodoo Chile”), while 2002’s Black Ivory Soul traced the musical connection between West Africa and Brazil.

Now it’s the turn of the Caribbean. Kidjo did her musical homework by visiting the region. “I went to the Dominican Republic, Jamaica, St. Lucia, Bermuda and Cuba.” She then hooked up with co-producers Steve Berlin and Alberto Salas. Berlin is known for his work with Los Lobos (as well as Canadians The Tragically Hip and Crash Test Dummies), and Kidjo loved working with them.

“I usually like live concerts more, but I loved it at their studio. It was recorded live. I rehearsed with the musicians, then the arranger, Alberto, would come in, write the score and give it to everybody. Alberto is half Cuban, half Costa Rican, and he is very gifted. He treated the songs as they were on the demo, and he treated them like a beautiful girl.”

Kidjo found African roots in all the Caribbean styles she probed. “Their music came from Africa with the slaves. For instance, in Cuba there is a very strong Yoruba culture.” Their experience can teach us a lesson. “I can feel the sense of hope and joy that was the mantra of the slaves. Without the music, I don’t think they would have been able to survive. I want people to see that in a bad situation something good can happen. We have the power to change our lives.

Exploring these roots can give you an idea how music can be a powerful tool, a powerful weapon. We don’t use it fully. We have to fight for every human being on this planet, so music is the key to do that. Music freed the minds of the slaves, and we can use the force of music in our culture to keep the dignity of human beings intact. Look back to 1968 when hippie music helped us bring our idea of freedom through. We were able to bring pressure on South Africa to free Nelson Mandela. We can use music to fight terrorists. If we stay powerful and without fear, they will lose!”

“The word purist scares the heck out of me! They know nothing about the traditional music that comes from Africa. The people that played that music 200 years ago are not here any more. That music has to be modern in order to survive the time, because people evolve.

The fiery side of Kidjo’s personality explodes when we mention those musical purists criticizing her musical diversity. “The word purist scares the heck out of me! They know nothing about the traditional music that comes from Africa. The people that played that music 200 years ago are not here any more. That music has to be modern in order to survive the time, because people evolve. If they want to be pure, they can go and sleep together with Hitler! You have to be pure to ask about pure music. I say fuck that! I don’t believe anything in the world is pure.”

There have been plenty of highs and lows in Kidjo’s career, but she draws strength from the respect of her peers and the love of her fans. She has toured, collaborated and recorded with such stars as Carlos Santana, Dave Matthews, Cassandra Wilson and Gilberto Gil. “They are talented enough to enter into my world and vice versa . They give me hope in his crazy business. I don’t care about sales numbers. I have fans all over the world, and I can have fun and bring them positivity, strength, love and care with my music.”