The Grammy nominated indie soul/singer songwriter Eric Roberson known as Erro to his fans is on a roll with his music career. He’s arguably the best soul artist some mainstream music fans have never heard of even though you’ve heard his songs sung by others. 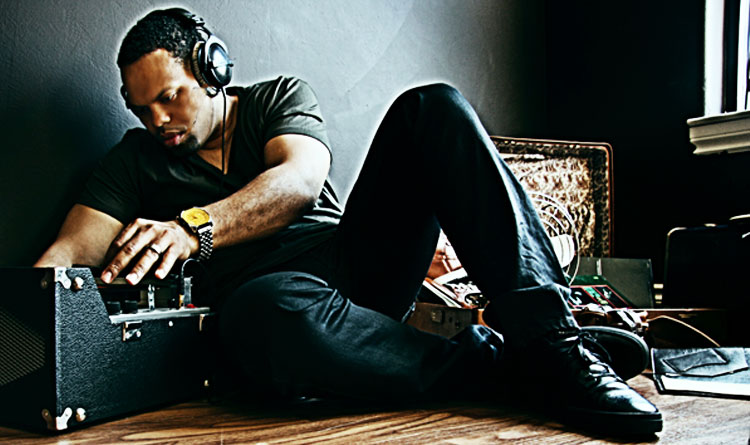 Time is catching up to Eric Roberson. And it’s all good!

In many ways he’s been ahead of the musical curve. Known as Erro to his fans, the recently Grammy nominated indie soul/singer songwriter is on a roll with his music career. He’s arguably the best soul artist some mainstream music fans have never heard of even though you’ve heard his songs sung by others. But that’s about to change with this nomination, the awareness and the heavy touring. Described by Jill Scott as “smooth as velvet cake,” Erro has toured steadily across the U.S., the U.K and twice in Toronto over the last five years.

Toronto soul music fans will be reacquainted with Erro and his incredible band at the Toronto Urban Music Festival’s Urban Music Week. He will headline the soul/r&b showcase at the Mod Club on Monday, January 25th along with AKA Subliminal, Kim Davis and Prita Chhabra along with djs Carl Allen and Sean Sax. Erro represents one of the best examples of what is possible in terms of succeeding as an independent artist.

We caught up with him on his busy touring schedule to ask him five questions:

WORD: What does it mean to you to be nominated for a Grammy for the song, “A Tale of Two?”

ERIC: It means so many things to me, my career and the indie movement I belong to. For me, it shows me that I have been on the right path. A long time ago I rebelled from what my peers thought musical success was and started releasing music independently. We’ve been building ever since and to get the nomination only gave me more energy for the climb. Not to mention the song, “A Tale of Two” that we got nominated for is going against so many rules in songwriting. There’s no hook, it is mixing chopped samples with live instrumentation, but it feels perfect. So to get nominated for something that feels right feels right. Hahaha…

ERIC: I was able to find what makes me happy. For me it’s all about artistic freedom and having the opportunity to make a living creating the music I love without compromise. I don’t think I would be a good artist on the major labels of today. I definitely wouldn’t be a happy one. We all should be honest with ourselves about what we want and I want to see how far we can ride this indie road we are on.

ERIC: Well for one by putting the music fan first. No pun intended. No seriously I feel from the start to now we have earned each fan one by one. They’ve seen the dedication and conviction in myself, my band and my staff and they’ve invested in what we’ve been building. I owe where I am to my fans and to fans of music in general.

WORD: You’ve written for many mainstream producers and artists; some of whom include DJ Jazzy Jeff, Osulande, Jill Scott, Musiq, Carl Thomas, Vivian Green, Charlie Wilson, Will Downing, and Will Smith. What has been your biggest song for another artist or producer to date?

ERIC: Wow that’s a great question. The songs I did for Musiq (“MaryGoRound” and “Previous Cats”) weren’t radio singles but were very popular songs for him. To this day people come up and thank me for writing them. Vivian Green’s (“Emotional Rollercoaster”) is my highest charted song. But (“Rock With You”) on Jazzy Jeff’s album is how I was able to tour in London. I guess I can make an excuse for why all of them were my biggest song.

WORD: Who are your biggest musical influences and why?

ERIC: There are three. Stevie Wonder because he was the first artist that made me realize that someone was putting music together and writing these ideas to form a song. I learned artistry from him. I’m a true hip hop head so I always had desires to incorporate that into my music. When I heard A Tribe Called Quest I remember saying to myself, “that’s the way I hear music”. And the third was this gospel group named, Commissioned. Their lyrics made me realize the power of words and from that point on I want to be a songwriter. There a ton others but those were the three that built my foundation I stand on.