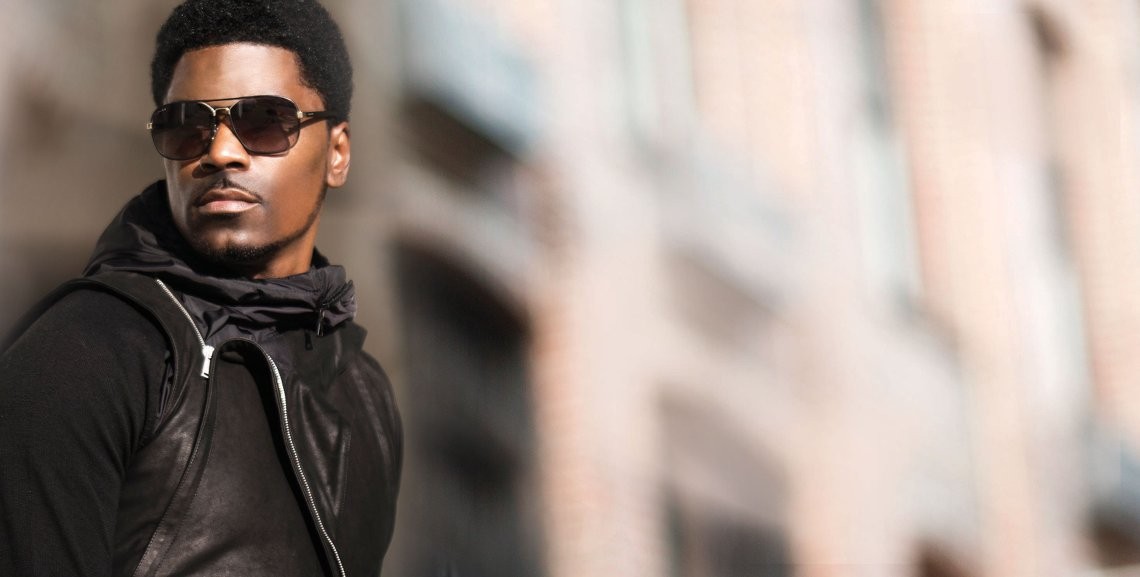 Toronto’s ongoing love affair with soul music goes back several generations. Thanks to the clubs, the underground mixtape scene, house parties, radio and later – the internet, we were digging the music even when we couldn’t see these artists live . Of course there’s been standout artists throughout that time that get our pulse beating a little faster when you see them live here in the city. Prince comes to mind with two dates over the last 10 months. So does Stevie Wonder and Aretha. Britain’s Omar is one of those artists that inspires deep loyalty among soul music fans. Unfortunately, his performance in Toronto is a rarity. In fact it has been over a decade since Omar last graced a Toronto stage. So on April 23rd at The Capitol Event Theatre, he returns and will be joined by three soulful Toronto artists: Lisa Banton, Ivana Santilli and Glenn Lewis. Santilli has been asked to put a band comprised of some of the Toronto’s best musicians. She will also grace the stage for a few songs. Glenn Lewis’ performance is also highly anticipated. Lewis’ hit single “Don’t You Forget It” put him on the international map. The artist whose incredible voice caught Stevie Wonder’s attention, is still being “slept on” as a star. WORD writer Jude Kelly caught up with Lewis – also over a decade ago (in early 2002) for this interview which we dug up from the Vaults. Enjoy!

He’s been compared to a young Stevie Wonder and hailed as the newest torchbearer for nu-classic soul.

Praise for his smooth vocal stylings has come from a variety of musicians including Jill Scott, Musiq Soulchild and India.Arie, while Canadian and International music have been raving over this Toronto singer. His debut album, World Outside My Window (Epic/Sony), which dropped last month, was one of the most eagerly anticipated soul music releases of the year, coming on the heels of his globally-televised performance at the recent NBA All-Star game in Philadelphia, where he sang the Canadian national anthem.

Born and raised in Toronto, but now residing in Philadelphia, Lewis, an only child, spent his formative years in recording studios with his parents, who were both singers.

“Up until the age of nine, I’d listen to my dad’s demo tapes around the house, along with a lot of Stevie Wonder. And they have such similar styles that sometimes, I would hear Stevie’s songs and think I was listening to my Dad,” Lewis explains. “So for a long time, I really thought that Stevie’s voice was my Dad’s.”

Papa Lewis passed this musical gift on to his son: whose powerful pipes are a dead ringer for Stevie’s classic sound, and in his early teens, the younger Lewis finally gave in to his calling.

“I wrote a song at 14 and the freedom was so addictive. It was an amazing way to express myself and I knew it was what I wanted to do,” he says.

Lewis was a shy, quiet student at Toronto’s Eastern Commerce high school. After a performance at a talent show, he realized his place was on stage.

“I got up there and sang Stevie Wonder’s “I Just Called To Say I Love You” and the response I got was one of sheer disbelief. People actually thought I was lip-syncing to Stevie’s voice! They wouldn’t have believed it was really me if I hadn’t flubbed the lyrics at the end.”

“I don’t even know why I entered the show,” he recalls. “That wasn’t really my kind of thing. But I got up there and sang Stevie Wonder’s “I Just Called To Say I Love You” and the response I got was one of sheer disbelief. People actually thought I was lip-syncing to Stevie’s voice! They wouldn’t have believed it was really me if I hadn’t flubbed the lyrics at the end.”

After graduation, Lewis jumped straight into Toronto’s vibrant club scene. By day, he did everything from flipping burgers to selling shoes. But at night, he was hovering on the front row of every live show in town, making connections and trying to get on stage himself.

“He was a regular guest from ‘95 to about ‘99,” Mondesir recalls. “Dave “Soulfingaz” Williams was doing some work with him and suggested he’d be good for the BNH. I clearly remember his first performance as a BNH highlight. He came on stage while DJ Tyson of UBAD was cutting up some James Brown on the turntables. MC Jonbronski introduced Glenn who came out in a very nonchalant manner. He started warming up the mic with some soulful wails and then sang the first three words to “My Cherie Amore.” I’ve never seen a room go as nuts as it did that night. Tyson wheeled the tables for a rewind and it was pandemonium. I have it all on tape and have never heard anything like it. He eventually did a great version of the track…”

“Everyone has stories of trying to make it and I am no different,” explains Lewis.

“But thankfully, the things that I went through just forced me to work harder and bring my pain to my writing, which helped me as a songwriter.”

Lewis was already a comer on the Toronto R&B scene and last year shared a Canadian Urban Music Award with the Baby Blue Sound Crew for the track, “Only Be in Love.” Previously, he’d received a Juno nod for his song, “The Thing You Do.”

The first single from Lewis’ album, “Don’t You Forget It,” was one of the choice cuts from the Red Star Sounds Vol. 1: Soul Searchin’ compilation released last fall.

After hearing the song, Stevie Wonder invited Lewis to his L.A. radio station where Lewis did an on-air interview. As he was preparing to leave he was told that Stevie wanted to meet him.

“My heart stopped when he walked in that door,” says Lewis. “He just walked in and said, ‘Where’s Glenn?’ I held his hand and he said it was a pleasure to meet me and that he loved “Don’t You Forget It” and then he just started singing it right there! I was just blown away.”

Grammy winner Alicia Keys was also impressed by Lewis’ chops, and later asked him to open for her during her recent 26-city tour.

“Don’t You Forget It” was written when Lewis was going through a period of self-doubt. In an interview with MTV.com, he says:

“I decided to write about a woman in a situation where she may have left home to come to the big city for the purposes of opportunity or job advantage and finds herself intimidated or overwhelmed with the hustle and bustle and survival-of-the-fittest mentality,” he explained. “The plot is based around a woman, but in fact I was actually going through it myself.

And (hanging out with) Musiq Soulchild. Everybody was so talented; I had to question my place in being here. I had to back up and keep in mind the things I had gone through to get to that point.”

Lewis goes from strength to strength. He’s just returned from a successful promotional tour of Europe that featured performances in London, Paris, Berlin and Amsterdam.

Not bad for the quiet, shy kid from Toronto. And most definitely, his new fans won’t be “forgetting” Glenn Lewis anytime soon.