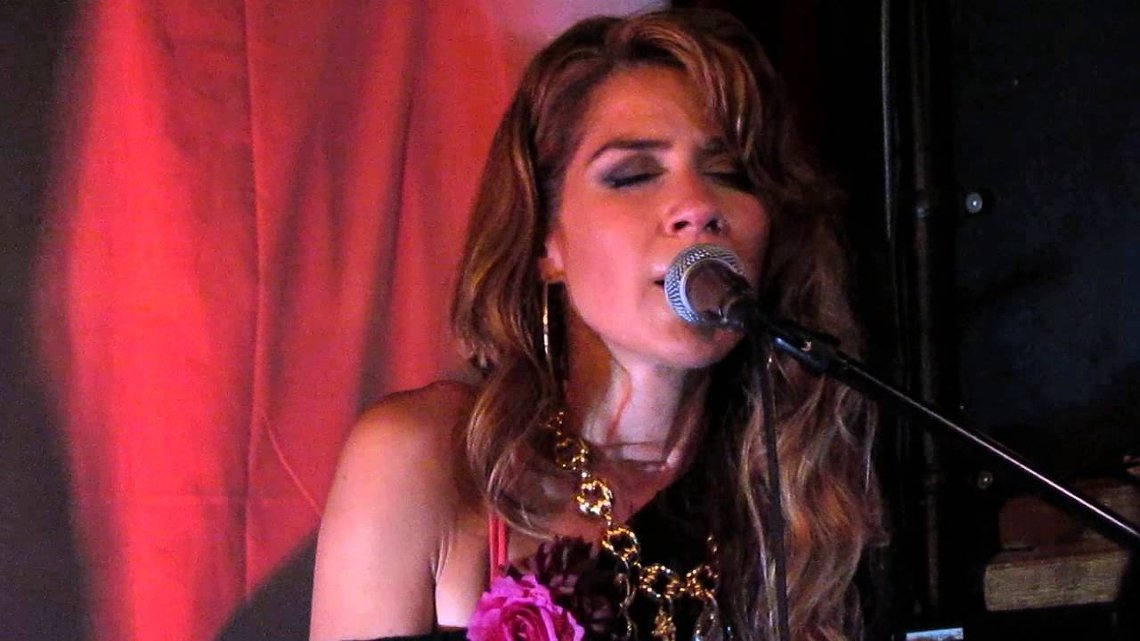 Ivana Santilli will showcase her skills and that of other Toronto soul musicians for Omar.

Toronto’s ongoing love affair with soul music goes back several generations. Thanks to the clubs, the underground mixtape scene, house parties, radio and later – the internet, we were digging the music even when we couldn’t see these artists live . Of course there’s been standout artists throughout that time that get our pulse beating a little faster when you see them live here in the city. Prince comes to mind with two dates over the last 10 months. So does Stevie Wonder and Aretha. Britain’s Omar is one of those artists that inspires deep loyalty among soul music fans. Unfortunately, his performance in Toronto is a rarity. In fact it has been over a decade since Omar last graced a Toronto stage. So on April 23rd at The Capitol Event Theatre, he returns and will be joined by three soulful Toronto artists: Lisa Banton, Ivana Santilli and Glenn Lewis. She will also grace the stage for a few songs.  Jude Kelly caught up with Ivana over a decade ago and delivered this gem. Enjoy!

Fate has a delightful way of stepping in at just the right time and precise moment.

Were it not for the timely intervention of her bandleader father, soul chanteuse Ivana Santilli might today be earning her trade as a hornist with one of the world’s great symphony orchestras. Imagine her sitting in the back row; behind the flutes and oboes and beside the kettle drum performing centuries-old music by the likes of Schubert, Tchaikovsky or Vivaldi.

Instead, she performs her own classic grooves, and those by Omar, Dego and Kaidi Tatham among others.

And while classical music fans might’ve been happy, the global soul community would have missed one of the truly remarkable talents of our time.

Here’s how it unfolded:

After mastering the piano Santilli, then in high school, told her father, Ivan, she wanted to learn the French horn, too. But dad had other ideas.

Dad said she’d find more work as a trumpeter, then handed her a book of South American pop tunes, asking her to learn a couple tunes in the book so she could come play in his band, which was a mainstay at local Italian weddings.

Ivana learned the songs and playing in her dad’s band gave her increased confidence and stage presence. As a bonus, older sister Claudia was an accomplished singer and musician, giving Ivana another source of inspiration.

Ivana Santilli has been inspiring Canadian and international fans for more than a decade now. Bursting onto the scene as 1/3 of 90s pop funk band Bass is Base, she shared in a Juno win, then as the band broke up, she moved into her first love – soul music – recording the critically acclaimed Brown, which in 1999 sold more than 30,000 units, outselling most Canadian releases.

Collaborations with top producers followed, and a number of splendid live gigs made it clear she was maturing into the role as Canada’s nu jazz songstress.

“I picked the trumpet because it’s loud. I’m a Leo and the younger of two sisters so it’s very important to be heard. And the trumpet is boisterous and beautiful,” she explained recently, while sipping mineral water at the elegant Muse Restaurant in downtown Toronto.

“My influence is largely based on soul and black American music. It’s some of the most beautiful music and most inspirational music ever made…I’m an Italian girl from the suburbs of North York and I love all of it.”

Songs were recorded in London, New York, Toronto and Philadelphia and Santilli calls it the album of her dreams.

“This is my dream album, but I hesitate saying that because I feel I have so many more albums in me.”

“This is my dream album,” she admits…” but I hesitate saying that because I feel I have so many more albums in me.”

Corduroy is a natural extension of Brown, combining funky electro soul, spiritual song writing with Santilli’s trademark vocals. The album opens with the thought-provoking “Breathe Inn” and cascades through sublime tracks like the Omar-penned “Deserve,” King Britt’s “Superstar,” the soulful Dwele track, “You’re So You,” before picking up the pace with Dego’s “Dancin’,” a sensational track that merges broken beat with dance floor grooves. Wade O. Brown contributes handsomely with vocals on “Can We.”

“I’m excited…very,” she says, “I have an album that I like and that represents my true experiences lyrically and musically.”

“I wanted to mesh the innovative drum programming coming out of underground London, Germany, Philly etc. and bring it to entire song writing. I wanted people to be able to dance, sing, drive, wash dishes – make love to my music.”

The album also features “Torna a Casa(Return Home),” a samba-flavoured track sung in Italian that she recorded with her father and sister.

“I always wanted to do a track with my sister and my father. That was the last addition to the record, but I just had this issue that I wanted to do a song with my family. Emotionally it would finish the record for me. They were the ones who inspired me to do music in the first place.”

As an artist who is constantly courted by the majors, Santilli, who financed both her albums with her savings, says remaining an indie artist is a smart choice.

“To be honest with you the whole idea of the game doesn’t necessarily work for everyone and I’m one of them that it’s worked best for me to go around it…if it was beneficial for me (to sign with a major) definitely I would do it but right now it isn’t because I did this album on my own. The whole album was created on my own so going with a major is not a benefit right now.”

“There have been some good offers but for me right now the issue is timing,” she continued. “I’ve been pregnant with this record for about two years – I broke my water about one year ago and I’m ready to go.

“I’ve had incredible support from the fans and from media who have been incredibly good to me. It’s because of the people who have supported my music is why I’m still doing it.

“You make music from the soul. You don’t grow on your own – you grow by being influenced by other people, by sharing.”

So much love and respect to Ivan Santilli for sharing his sage advice with daughter Ivana – the symphony’s loss is our gain.

Next post The Weeknd Makes History with Five Juno Awards