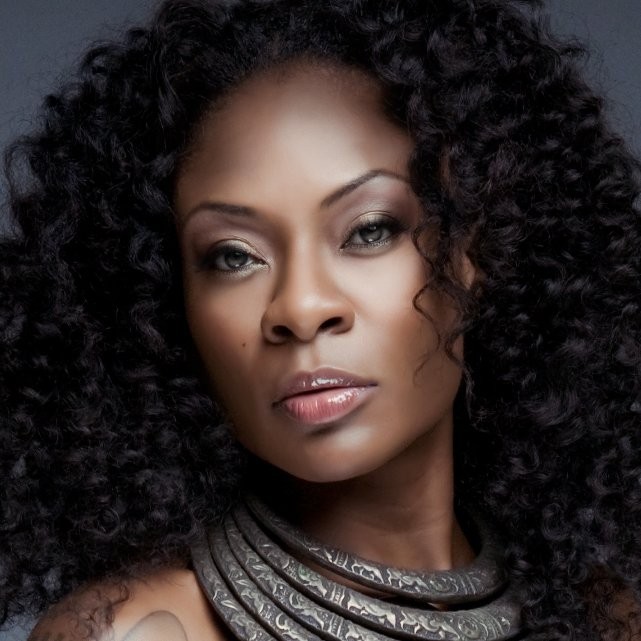 She’s been called Canada’s Queen of R&B! Jully Black has defied expectations to become a huge success in the Canadian music industry. Not the easiest of task when she was starting out. As this story – taken from WORD Vaults – will attest. Singer, songwriter, television personality, the list goes on…. Jully continues to inspire. And that’s why we bring you this great story of Jully — written by Chris Penrose on the eve of her performance at the Toronto Urban Music Festival in summer of 2003. She knocked it out of the CNE Bandshell Park then and she’s still doing it now. Her resume is impressive. Jully has collaborated and written for many artists, including Nas, Saukrates, Choclair, Kardinal Offishall, Destiny’s Child,  Sean Paul and the iconic Dan Hill Jr. Enjoy!

Jully Black is possibly the hardest working woman in Canada’s music industry. You may know her from Choclair’s “What it Takes,” Kardinal’s “Powerful,” or Nas’ “Heaven.” You may also know her from the Brown Sugar soundtrack where she dropped “You Changed,” or the most recent single “Between Me and U.” If not, then you are about to find out who she is at the Toronto Urban Music Festival.

Describing herself, Jully let’s you know that: “I’m a singer and a song writer. I just wrote a song for Destiny’s Child. I’m on the grind. I’m a hustler.” Describing her sound, she resorts to nothing more than adjectives: “Soulful, deep, convincing, real, genuine.” Not to be confused with being cocky, this confidence is more of a slowly built comfort with herself than the rotten fruits of an ego run wild. “I can’t say I always loved my sound, ‘cause growing up, if you didn’t sound like Mariah Carrey or Whitney, or someone with a high register, you weren’t taken seriously, because of the rasp in your voice. That’s why we give God thanks for Mary J’s of the world and the Galdys Knights, or the Lauryn Hill’s of the world, because they demonstrated that our sound is just as beautiful.”

Not only has Jully struggled with an industry which did not readily receive her voice, but she has also dealt with rejection based on popular notions of a singer’s body image. Where a self consciousness used to reside, now live the sprouts of a love and comfort with self and reality. “Physically, I believe in being healthy and not being ashamed to be thick, or to be tall. Beyonce and Serena being thick is great, because the little girls don’t have to aspire to be bone skinny to feel beautiful.” 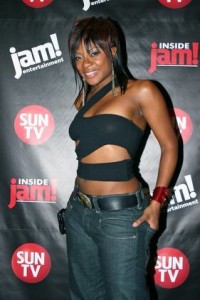 With ten years under her belt, Jully has come to know, very well, the challenges facing urban/black artists in Canada. Noting the sources of discouragement which occasionally plague this realist, Jully cites: “Lack of opportunities. Lack of being in the mix for long enough for something to happen. For New York, L.A., ATL, you have to be there long enough to run into people”. Adding to the list, Jully laments the, “Lack of people actually taking our music serious before they hear it. A lot of times we’re pre-judged.”

Regardless of the obstacles, Jully’s voice lightens up as she testifies: “I’m proud to represent. I’m born and raised in the Jane and Finch area and that’s another aspect of the industry that I like to represent. The dream coming true. The ambition. Just representing my community, the ghetto girl that can contend, that is educated, that made the best of a hard situation.”

Balancing the joy of her motivation is the presence of the hard realities of the Canadian industry. Jully can not ignore the challenge in, “circumstances where you’re just as good as the Avril Levines or the Shanias of the world, but Canadian music is considered to be that. Urban, black music has not been represented as part of the whole Canadian industry. You have to fight for the same kind of video rotation. You have to fight for someone to pay for your band, where with rock and pop acts, that’s a package deal. You are not going to get a lead singer without their band.” With a smile in her voice and a somber weight to her words, Jully adds, “If Deborah (Cox) is still not recognized like Shania and Celene Dion, than how is Jully Black going to be?”

Looking past the roadblocks, Jully has a sense of humor about the hardships she has faced and how she adapted. “There is no r&b industry in Canada. We all know that. That’s why I’ve had to fuse myself with Hip Hop. The Circle’s been my friends since I was fourteen. Everybody knows me for eight bars”. Laughing, she adds, “I’ve been around for all these years, and I’ve never put out an album. So when people hear the album people will be amazed because I finally got to expand.”

Jully lights up when speaking about her record, I Travelled.

“This album, for me is my baby. It’s finally time to let people hear my gospel roots, and to let people hear there’s an animal of a singer inside of me”. The whole album being a project close to her heart, her highlight is obvious: “I have a gospel song, ‘I Travelled.’ I wrote it for my Mom. She migrated from Jamaica. I’m here complaining about a record deal and she came and worked for like two bucks and brought up her nine picknee(children). I was like, ‘If I’m going to spend the money, I’m not going to spend it on brand name producers, it’s gonna be on the song that will touch people the most. Get the choir, get the string section, get it all. That song, I will go to my grave knowing, ‘that represents Jully.’”

Next post The Black Tile in The Canadian Mosaic

Previous post Funk & Soul Covers and To Disco With Love