Known to the world as King Jammy's, Lloyd James was mentored by the great dub master, King Tubby's, before launching out on his own. Jammy's would eventually return to Jamaica in the late 70's, where the Prince became a King and rewrote the history of reggae music. 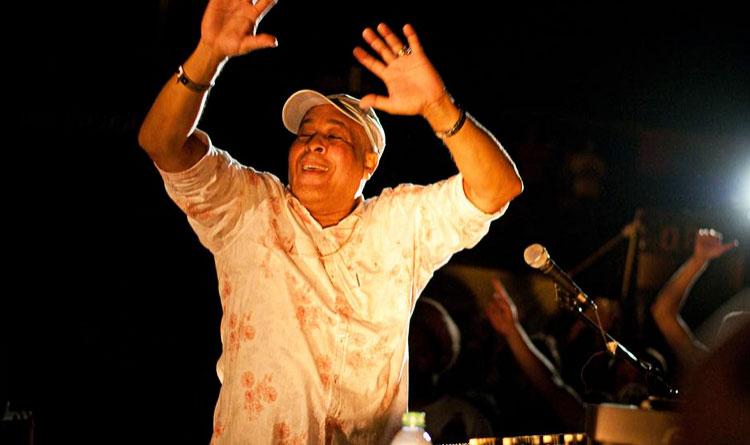 The world owes a great debt to the soundmen of reggae music. And without their innovations, the music world would be a lesser place, had it not been for the efforts of legendary individuals such as Coxsone Dodd, Duke Reid, King Tubby’s and King Jammy’s.

Known to the world as King Jammy’s, Lloyd James was mentored by the great dub master, King Tubby’s, before launching out on his own. Interestingly enough there’s a strong Canadian connection to his story, a sound system and small studio in Malton, near the Airport.

Jammy’s would eventually return to Jamaica in the late 70’s, where the Prince became a King and rewrote the history of reggae music after an “apprenticeship” with King Tubby’s. Jammy’s produced what seemed like an unending string of hits in the 80s in his own home studio that continue to resonate today.

VP Records has asked him to open up his vaults for several releases including the latest, King Jammy’s Selector Choice: Vol. 1-4. The package contains 8 CDs featuring some of the top names from the 80s.

WORD caught up with King Jammy to discuss his second coming:

WORD: Let me start by asking when did you live here in Toronto and why did you leave us?

WORD: Why is that?

JAMMY: There wasn’t the amount of artists there that I wanted to record. You have to stay with the roots and to really be successful in the reggae thing.

WORD: What was life like in Toronto before you became a big reggae producer?

JAMMY: Life was ordinary. I use to go to work and do things like that….

WORD: Were you in the sound system business?

WORD: What was it called then?

JAMMY: The name was Jammy’s Hi Fi. After I came back to Jamaica, I was the Prince for a while, then I became King.

WORD: Do you have any special memories of living here in Toronto?

WORD: And that gave you the encouragement to go back to Jamaica?

JAMMY: Yes and with the interest of King Tubby’s – he use to say “Jammy’s come home and do some production and work in the studio and be the engineer.” So he use to encourage me to come back home.

WORD: So Toronto has lost you and you went on to become a really successful producer in the music business. Another loss that Toronto felt is Leroy Sibbles. And I guess it says something about how difficult it is to succeed in Toronto and Canada for that matter.

JAMMY: That’s true. Very true. Because you see what happens is that we don’t really the amount of musicians – reggae musicians that can play reggae the real way, you don’t have the amount of artists there to work with – you know there is not much encouragement there for reggae music.

WORD: Once you went back, what was your first big success as a producer?

WORD: There was a time in the 80s, when no hit was out there that you didn’t seem to have your finger in – in one way or another. Was that the most successful period for you in terms of being a producer?

JAMMY: In terms of making hits, yes. In terms of making hits every artist was here in the 80s. So in terms of making hits that period was the most successful period. Then what happened now, my son Jon Jon was also a producer, he grew up in the business, so he decided that he wanted to produce, so we helped him to start and he started making hits for himself; and you had Dave Kelly come along and other producers. So I said to myself, well I’m gonna give him the lead to take over the business; so I sort of took the back bench and allowed Jon Jon to go upfront; and he was doing good – very good, until I just decided I should get back in the limelight and do some more things (smiles), you know what I mean?.

WORD: Was last year the time you decided to make return. I know things are always bubbling in Jamaica, but in terms of what I saw the King At The Controls – King Jammy’s Essential Hits with VP Records. Was that your big splash in terms of your return?

JAMMY: Well, not really, you know. I was doing compilation from my catalogue all the time. I was doing compilations for Greensleeves and Sounds and Pressure, all different companies in Europe. And I was doing a lot compilation with some of the old stuff. But I decided to come back with the “Sleng Ting” because of the Sleng Ting’s 20st anniversary was 2005. So I decided to bring back a new – it’s the same riddim – but with some new overdubs on it and new instrumentation; and record some new artists. We were trying to celebrate the 20th anniversary of “Sleng Ting.” And we did a lot of other things through VP and I think VP is doing a good job with this Selector’s Choice compilation that we have out there with 8 CDs. VP is doing a good job with it.

WORD: I understand that you were trying to work with some new artists again.

JAMMY: Of course. Right now I’m working with one of Fretty’s artist, Demolition Man. He was just in Jamaica, not too long ago. We did over 30 tracks, we gonna make an album from that. Very talented guy, Demolition Man. And you gonna hear big things with Demolition Man in the future.

WORD: Tell me about some of the other new artists that you are working with?

JAMMY: Nature is a guy who sings a lot of culture, he sings dancehall also but different breed of dancehall from the ordinary ones. And as you should realize that Ras Shiloh and Natural Black – They’re two experienced artists; they are young in terms of breaking out but they are two artists that are very talented. And I will tell you something: you’re gonna get some music from them. It’s a long time since you have heard such potential from a reggae artist.

WORD: You’ve been credited as one of the innovators, one of the foundation men in creating dancehall. How is it different from when you started?

JAMMY: Its different in a lot of ways. Its different in the musically inclined parts. When you are listening to the old dancehall sound, the melody of the music is so nice that you want to hear it again. And the lyrical content it has too much violence these days. Those two are the main part of the whole dancehall structure right now. They have to keep it more listener-friendly so that people can understand what they are doing. Even Sean Paul’s type of dancehall, its more international. People can understand what he’s singing about and there’s a melody to it. You have other artist who does that: Beenie Man, Bounty Killa. But these days they’re making it too personal, you know what I mean? They’re turning the music into something like a confrontation that shouldn’t be. It can be a competition but not a confrontation where bad vibes flow. We don’t need that.

WORD: Are we likely to see more compilations from you, similar to your latest release Vol. 1-4 as well as the one last year?

JAMMY: Yes. Definitely, we are working on some other compilations now to be released later on this year. Probably about the summer or after summer. We’re putting some more together, because those CDs that are being release now is not even a quarter of the vault – you know what I mean?. So we have to make them available (smile).

WORD: Is there anything else you want the public to know about? 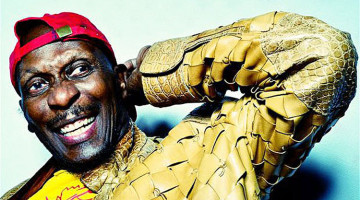