Two crucial figures, Leroy Sibbles and Jay Douglas, in the history of reggae in Toronto shared the stage of the historic CNE Bandshell, and it was pleasing to see the show draw a sizeable and appreciative audience. 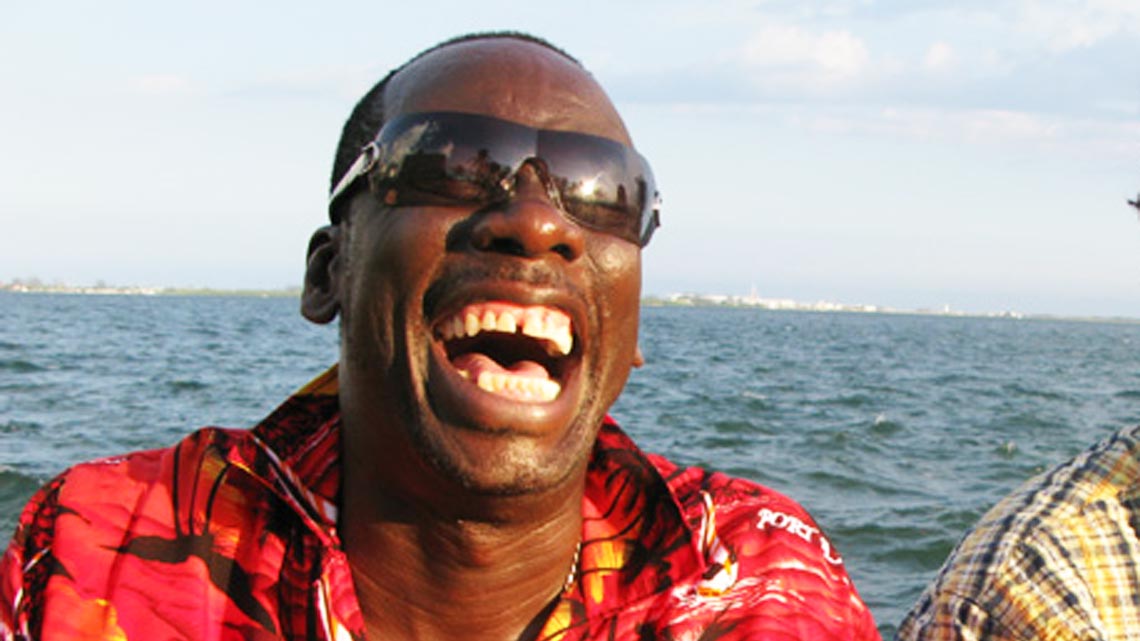 Two crucial figures in the history of reggae in Toronto shared the stage of the historic CNE Bandshell, and it was pleasing to see the show draw a sizeable and appreciative audience.

Longtime Toronto reggae (and r ‘n b) favourite Jay Douglas opened the concert, and the veteran (over 45 years in the music business) proved to be in top form. He was backed by a fine nine-piece band that included two horn players and two female backing singers, resulting in a full sound behind his soulful and expressive vocals. Keeping things nicely in the groove was veteran drummer Everton Pablo Paul, who first worked with Douglas back in the mid ’60s in r ‘n b group The Cougars. Looking dapper in red and black, Douglas got the crowd on his side early on with a shout-out for Usain Bolt. Set highlights included a duet with Rebecca Campbell and a great version of soul classic “I Wish It Would Rain”, a song recorded by The Cougars that appears on the very important and successful compilation record Jamaica to Toronto: Soul, Funk & Reggae 1967 – 1974. It’d have been nice to see Douglas given more than a 35 minute set, but he sure made the most of it.

Douglas was then invited back up onstage as one of the three inductees into the newly inaugurated Toronto Reggae Hall of Fame. We’re not quite sure why it took four Toronto City Councillors to make these announcements, but Josh Colle, Michael Thompson, John Filion and Shelley Carroll clearly enjoy the spotlight. Colle (in charge of the problematic TTC file at City Council) was apparently a key player in getting the Reggae Lane initiative under way. Joining Jay Douglas as an inductee were Everton Pablo Paul and veteran keyboardist/engineer Bernie Pitters (Toots and The Maytals).

Perhaps Leroy Sibbles will be a future inductee. An international reggae star as singer in ’60s and ’70s Jamaican rocksteady/reggae favourites The Heptones and through subsequent solo work, Sibbles moved to Toronto in 1973.

He remained here for two decades and had a huge impact on the reggae scene in T.O. (he won a JUNO for Best Reggae Recording in 1987). This scribe has fond memories of seeing Sibbles perform at the legendary BamBoo Club back in the day. We spied BamBoo co-owner Patti Habib in the CNE crowd, alongside such other notables as music journalist Nick Jennings, WORD publisher Phil Vassell, world music promoter Derek Andrews, and reggae expert and documentary film-maker Kim Gertler.

Sibbles clearly felt at home here, and at one stage teased the audience for being “such Torontonians” in being polite over a lull between songs. At 66, he remains in fine fettle as a the owner of a strong and soulful voice, and he showed off plenty of the performance tricks he has picked up over the past five decade. The five-piece band plus two backing singers that accompanied him were suitably skilled, though it’d have been nice to hear real horns, rather than keyboard simulations.

He kicked off the set with one of the Heptones’ signature songs, “Party Time,” and included material from most facets of his long career. A version of pop classic “The Sea of Love” worked well, a cover of the banal “Only Sixteen” less so.

The lowlight of the show came when Sibbles began lecturing the audience about his place in reggae history. “I contributed more to Studio One than anyone else,” he boasted, referencing the importance of the bass lines he created for Studio One. It should be left to his peers and other observers rather than the artist himself to give Sibbles the credit he clearly feels he deserves.

He then picked up the bass to reprise some of his classic bass lines, offering up a “History Lesson.” One of the famous bass lines he played here was from the instrumental “Full Up”, later popularised internationally by Musical Youth’s international hit recording of “Pass the Dutchie.”

To this observer’s ears, Sibbles’ bass playing wasn’t actually very impressive, and Kim Gertler (far more knowledgeable on the topic than I am) queried “why did he leave most of his original monster Studio One / Heptones bass lines behind in favour of tracks by the Abyssinians and Dennis Brown….and why make the whole thing a dreaded medley?”  Gertler does, however, stress that “there’s no question still that Leroy is the undisputed bass version creator in Jamaican music. ”

Things then improved for the remainder of the set, with a version of one of The Heptones’ most popular songs, “The Book of Rules,” drawing perhaps the loudest audience response of the evening. The evening may not have been flawless, but it was entertaining. Let’s hope it encourages the Ex to keep reggae as part of its music programming. 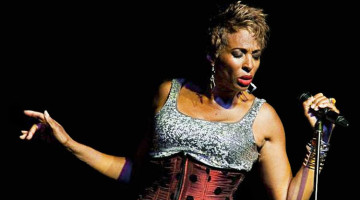