McLean Greaves, internet guru, former VP of Interactive at Toronto’s Zoomer Media, and former WORD Magazine contributor passed away on February 27 in a hospital in Toronto.

Raised in British Columbia, he relocated to Toronto as a young man and was introduced to WORD staff. The very talented “Makki” joined the WORD family in the early 90s, writing feature articles, producing a very popular “Makki” cartoon, and a hip, edgy and insightful column from an “afro-something” perspective, titled Negrofile.

McLean would introduce the WORD staff to the new opportunities that were on the horizon with the internet revolution in the early 90s. He became an ardent supporter and wanted WORD to join the revolution.

McLean encouraged our team to get e-mail addresses at a time when we had very few people to communicate with due to the rarity of others using email at the time. He also encouraged us to start a website and to set up an intranet for WORD magazine. Realizing that he was ahead of the internet technology curve, McLean would soon relocate to New York City in the mid-90s in search of bigger opportunities. He started his own web company, VMI, started a website, and encouraged others from Toronto to join him in New York.

McLean’s reputation and success quickly grew – working with a variety of companies and was twice selected as a “cyber star” by Village Voice and Virtual City magazines. His new media and television projects caught the attention of a variety of media outlets including The New Yorker, Entertainment Weekly, The New York Times, Wired and Crain’s Business Weekly. He became a hot commodity, working for media conglomerate Time Warner, and prominent African-Americans such as Spike Lee and Sean “Diddy” Combs. Other stints followed with McLean becoming VP of Content at HBO’s Volume.com; Associate New Media Editor at PAPER magazine and contributor to Essence, Vibe, BET Weekend and The Source magazines.

Despite his success in New York, McLean returned to Canada. His next big stop was landing a job as the executive producer of CBC’s critically-acclaimed and award-winning ZeD. He also produced Burning To Shine, a documentary on Canadian hip hop artist, k-os. McLean would go on to join Moses Znaimer’s team at Zoomer Media. 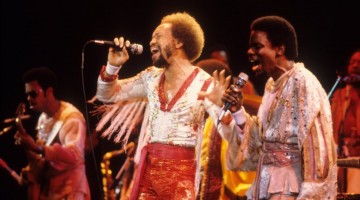