Those on the Toronto scene who have followed her career for the past 25 years have always known that Molly is a star. “I am a songwriter that can sing, sorta,” she states, with typical self-deprecation. 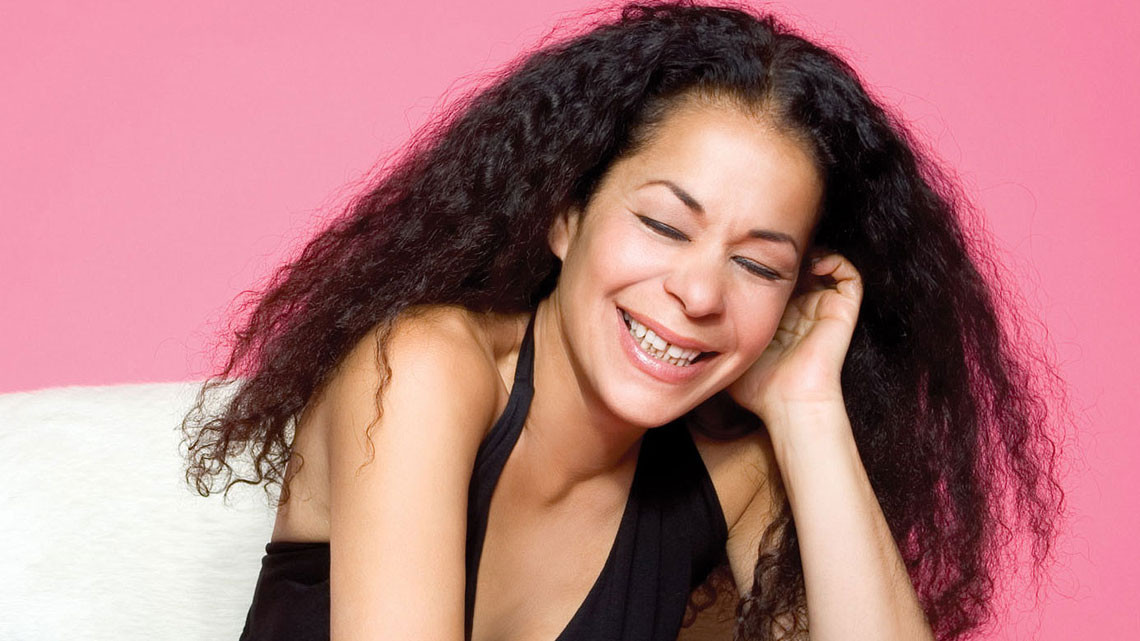 The bright colours and sweetly smiling artist on the cover of Messin’ Around, the much-anticipated new album from Molly Johnson, are revelatory. No tortured torch singing record here, though, lord knows, she’s a singer capable of delivering that. Never one to get mired in a stylistic rut, the former “Diva of Queen Street” (though she’s far from a diva in temperament) has come up with a charming, light, summery collection of songs on her third solo album.

”I didn’t want to make a sad record,” she tells WORD over coffee in her fave Annex haunt. “I wanted to kill with kindness, to send a strong message with the hot pink and the laughing on the cover. It’s saying, ‘my history didn’t end, I’m still laughing and I’m still making records.’ I’m happy it’s a lazy record, a fun record, not a deep, dark, I’m in the throes of the ugly music industry record.”

Molly is alluding to a bitter divorce from her previous Canadian label. She’s now thrilled to have strong new management (SRO Anthem, the folks behind Rush) and a new record deal with Universal Music Canada, who have just released Messin’ Around on the prestigious Verve imprint.

Aside from a powerful cover of Bruce Springsteen’s haunting AIDS-themed “Streets Of Philadelphia,” the disc has an upbeat tone that pervades songs covering pop, jazz, r ‘n b, and chanson (the lovely “Tristes Souvenirs”) terrain. Johnson’s work has always defied classification, as a career now spanning over a quarter-century has featured her fronting pop and rock bands (Alta Moda and Infidels, respectively) while pursuing a parallel career singing jazz and blues standards.

Two earlier solo disc, 2000’s Molly Johnson and 2003’s Another Day, were similarly eclectic, and showcased Molly’s impressive development as a songwriter. Her gloriously sensual, soulful and strong voice remains the biggest weapon in her arsenal, but her still undervalued songwriting is at the heart of her work now.

“I am a songwriter that can sing, sorta,” she states, with typical self-deprecation. “I love the whole process of songwriting. The only ambition I can get going is writing good songs. I have to go out and sell records so I can go back in there and write.”

Molly co-wrote seven songs on Messin’ Around, collaborating with the likes of Steve MacKinnon (the album’s producer), her bassist Mike Downes, and longtime Lenny Kravitz guitarist Craig Ross. The album was recorded at Toronto’s Canterbury Sound in less than two weeks, as Molly explains that “for the kind of music I’m making, it is important to make it very immediate. You are playing with a certain kind of musician where there is never a wrong note.”

Those on the Toronto scene who have followed her career for the past 25 years (including this scribe) have always known that Molly is a star. With pride, we’ve watched her go from singing for tips at Queen Street bohemian HQ, The Cameron House (where she was a long-time resident) to headlining gigs at the famed Imperial Room and Toronto Jazz Festival and genuine fame in France.

Yes, she’s now a genuine star there, selling out big shows and over 100,000 copies of her solo CDs. “It’s great over there,” she says. “Such a beautiful place, the culture, the way they live, the way they are interested in art for real.”

In turn, French fame has brought renewed domestic attention. “In Canada we have a tendency to need to be told it’s OK from other people ‘cos we don’t really trust ourselves

I don’t mind. I’m just not interested in the fame game. I’ve seen it up close and personal, from when I was a kid, and it’s not a good place to be.

I tend to take myself for granted, more than my audience, and maybe sometimes I’m a little too irreverent about stuff.

I don’t live to perform, I’m a real homebody. I love my neighborhood, my friends, my life.

Somebody said, ‘don’t you miss the crowds in Paris? ‘ I go, man I don’t have to get out of my pyjamas in the morning. There is so much love in my house, where am I going?’”

Johnson now lists her priorities as, in order, “mother/songwriter/singer, and a wife in there somewhere for my beloved husband [they have two young sons]. It’s a full plate, but a good one.” Juggling these roles presents its challenges. “I have 9 am to 2 pm to get music-related stuff done, in between the laundry, grocery shopping and meal planning,” she sighs.

Molly laughingly recalls her songwriting session with Craig Ross for the title track, explaining that “Craig has two small children too. His wife was going to manage the four kids while we snuck into the basement-to work on this tune for two hours. As I pulled up in a cab, she came running out, bloodied, racing off for emergency dental surgery. We made a big pile of grilled cheese sandwiches, put a movie in, said ‘don’t move around, we can hear you,’ and we did the demo. As usual, the kids were wonderfully behaved!”