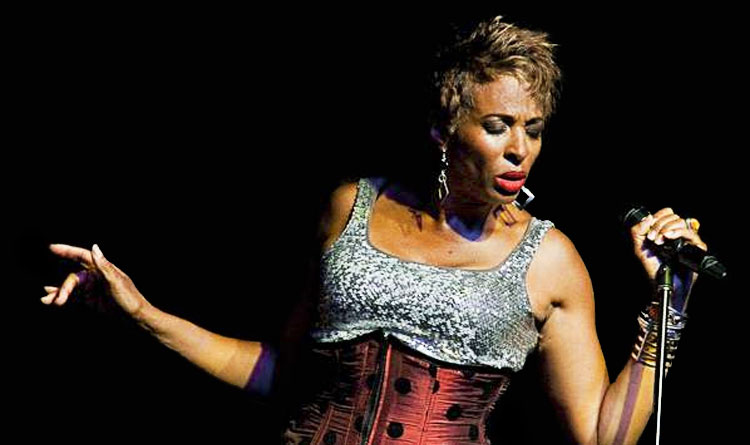 Given the mythology surrounding the blues and Southern crossroads, it’s highly appropriate that Toronto blues treasure Shakura S’Aida ventured to a dirt crossroad in Mississippi to capture some mojo. But whereas Robert Johnson, as legend has it, sold his soul to the devil in exchange for his talent at one such locale, the spirits Shakura encountered there were far more benign.

To record her triumphant new album, Brown Sugar, S’Aida headed to Stantonville, Tennessee. There she recorded at Bessie Blue Studios, in the home of famed producer/engineer Jim Gaines, a studio veteran who has worked with the likes of Santana and Stevie Ray Vaughan. In a recent interview with WORD, Shakura set the scene.

“The studio is not a mansion, but a small Southern house on dirt crossroads. Across the street is a church, and then a community centre where they have Fish fry on a Friday night. All very downhome and Southern. It was Jim’s late mother in law’s house, and I could feel the spirit of Miss Bessie there. I felt very much at peace at that home.”

“We record in his living room and den. I’d sing and look through twin French doors to Jim at his console. The sound he gets is very open.”

The fact that S’Aida was able to travel to work with someone of that stature vividly showcases the great career strides she has taken in the last three years. We last interviewed her in 2007, upon the release of her album blueprints. It was a low-budget independent release that she primarily viewed as a calling card to help her get gigs. It did far more than that, attracting international attention that led to a record deal with top German blues label Ruf Records.

A career turning point came when S’Aida performed at The International Blues Challenge in Memphis in 2008 [she placed second]. Thomas Ruf, head of Ruf Records, was present, and was sufficiently impressed to invite S’Aida to join a Blues Caravan tour in Europe, then sign her to his label. Over the last three years, she has toured Europe an astonishing nine times, and she’s actually better known in Europe now than in Canada (Toronto aside). Here in T.O., her talent and the power of that force of nature voice has been known for much longer. She made a mark in Juno-nominated world music group Kaleefah, starred in Bill King’s Bill King’s r ‘n b-rooted Saturday Night Fish Fry, and frequently performed at local blues and jazz festivals (including show-stealing turns at The Women’s Blues Revue at Massey Hall).
The biggest creative leap forward on Brown Sugar is S’Aida’s songwriting. Whereas blueprints was built around her dynamic take on classic blues material, here she (and songwriting partner and guitarist Donna Grantis) co-wrote 10 of the 12 songs, and they’re all convincing and compelling numbers.

Shakura has long had eclectic musical tastes, but the strikingly attractive 45 year old is now firmly focused upon delivering a soulful take on the blues. “I think it was suggested I do retro soul, but I’m a blues singer. I want to be the next Tina Turner. I want people to look at me and understand that I can rock out with the best of them, but I’m a blues singer. I’m not going to shy away from the title in order to get people interested.”

S’Aida is pleased that success has come her way now, rather than decades earlier. “I would not have been ready for this at 19.At 45, I am ready! I’ve grown. My voice is good now. I could sing, but I wasn’t a singer, I couldn’t do half the things I can do now. I’m a good performer and I’m going to get a lot better over the next five to ten years. At 19, I couldn’t have made these songs. These songs come from who I am. If a 19 year old sang these songs, I don’t know if I’d believe them. I can believe this album.”

Brown Sugar is out on Ruf/Allegro