The Weeknd Leads The 2016 Juno Noms 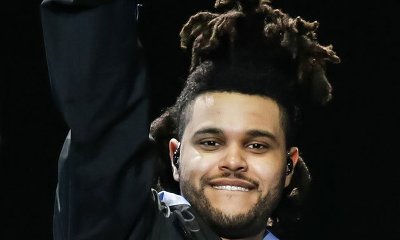 The Weeknd had a huge haul winning five Juno trophies at the 2016 Juno Awards.

It has been an incredible time for Toronto’s Soul/R&B artist The Weeknd. Yesterday’s press conference by the organizing committee saw him get six Juno nominations – the most of any Canadian artist. It is only the latest evidence of the spectacular success The Weeknd has experienced recently.

The Weeknd’s Juno nominations include best album for Beauty Behind the Madness, artist and songwriter of the year as well as fan choice.

One can also make the case that Drake and Justin Bieber are also experiencing global success on par with The Weeknd, which is no small feat for The Six and Canada. Both received five nominations each and both are up for album of the year.

Drake’s If You’re Reading This It’s Too Late and Bieber’s Purpose have also dominated charts around the world. And if that’s not enough, Brampton’s own Alessia Cara and Pickering’s Shawn Mendes each received four Juno nominations.

Both Mendes and Cara are also experiencing international success, including on the Billboard charts.

Other notable Juno nominations include the rap category which features Kardinal Offishall for Kardi Gras Vol.1: The Clash; K-os for Can’t Fly Without Gravity; SonReal for For The Town; BADBADNOTGOOD & Ghostface Killah for Sour Soul and the aforementioned Drake for If You Are Reading This It’s Too Late.

For R&B/Soul Recording of the Year, the nominees are Alessia Cara for Four Pink Walls; August Rigo for The Fall Out; Dru for Déjà vu; Patrick Lehman for Butchy’s Son and the previously mentioned, The Weeknd for Beauty Behind the Madness.

For Reggae Recording of The Year, the nominees are Dubmatix for The French Lessons; Exco Levi for Hello Mama; Kafinal featuring Daddy U Roy for Nah Complain; Kreesha Turner featuring T.O.K. for Sexy Gal and Lyndon John X for Escape from the Mongoose Gang.

The Juno Awards will take place in Calgary this year and will be broadcast on CTV on April 3rd. The Weeknd, Alessia Cara, Shawn Mendes, Bryan Adams and Dean Brody will be among the performers at the Juno Awards.

Next post Aretha Franklin to perform for first time in Windsor, Ontario