In November of 2008, the Toronto Mass Choir (TMC) celebrate 20 years of existence. As an icon in the realm of choral music, TMC offers an audio signature that is distinct to the diasporic location of Toronto. 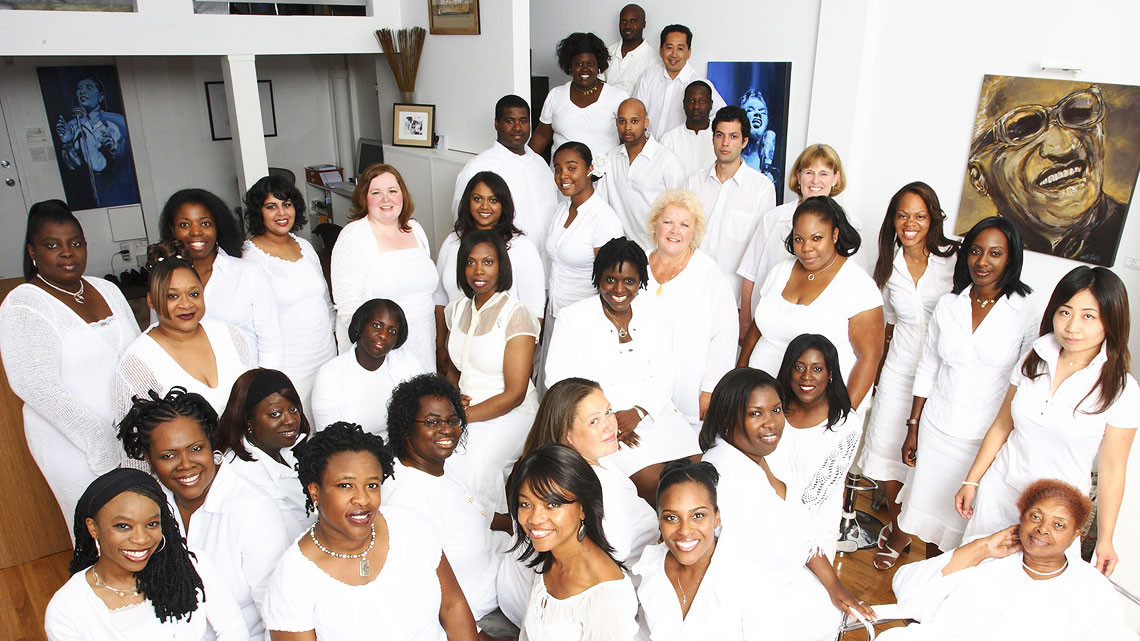 ALMOST 20 AND JUST GETTING STARTED

In November of 2008, the Toronto Mass Choir (TMC) will celebrate 20 years of existence. Over those two decades they have become established in Canada and around the globe. As an icon in the realm of choral music, TMC offers an audio signature that is distinct to the diasporic location of Toronto. This sound can be described as a combination of the large choir sound pioneered and mastered in the United States and an infusion of the Caribbean styles and medleys that have had a substantial impact on what it means to be from Toronto.

It was 1989 when the newly formed choir recorded the music included on their first album, entitled The Early Years. In 2007, the Toronto Mass Choir released their sixth album, “Going Home”, which takes songs like “Refiners Fire,” sung in a beautifully arranged harmony, and rocks it over a reggae rhythm.

With a few shelves full of awards, including a Juno Award and recognition from the Urban Music Association of Canada, the Toronto Mass Choir has seen great success. Not only have they pioneered a lasting name in the Canadian music industry with their releases, but they have also paved the way for a music label, Micah Records.

Most recently, Micah has begun a rapid expansion, adding a list of new names and sounds to their roster: Paulis Sanchez, the University of Toronto Gospel Choir, Charlene Henry and Jenna Burke.

Paulis Sanchez released “Seguro En Ti”, her debut album earlier this year. Translating to “Safe in You,” this fifteen song album covers a range of sounds that includes praise and worship, R&G (rhythm and gospel), neo-soul, and reggaeton. Production collaborations include leaders in the industry who have worked with the likes of Cece Winans, Shirley Ceaser and Mary J. Blige, creating a sound that communicates the love and grace of God, whether or not you speak Spanish.
The signing of the U of T Gospel Choir offers a body of voices coming from all over the globe, unified in praise. This choir sound for another generation is paving a new path alongside their labelmates, the Toronto Mass Choir. Founded on the U of T campus in 1995 as an outreach tool, the Gospel Choir are now prepared to enter into a new level of touching lives through the recording of their first album, due out later this year.

Charlene Henry is also due to release an album in 2008, one combining R&B vocals, gospel, jazz, and Caribbean sounds. Having toured with a number of choirs (including Toronto Mass Choir), Charlene Henry is taking her experience as Youth Choir Director at Queensway Cathedral and her current role alongside her husband at the Christian Centre Church into the position of a solo artist dedicated to worship.

The youngest on the Micah Records roster is Jenna Burke, the daughter of two of the label founders Oswald and Karen. Having grown up with a childhood filled with music, most notably the Toronto Mass Choir, Jenna was given great opportunities to develop as a musician. She is currently working on her debut album, which will feature her singing ability and her touch on the keys. She is also contributing to the songwriting.

In a music industry atmosphere that is downsizing and filled with uncertainty over future directions, Micah Records is expanding with confidence. W

To hear any of the music mentioned, or for more information on album releases and performances you can visit: www.micahrecords.com